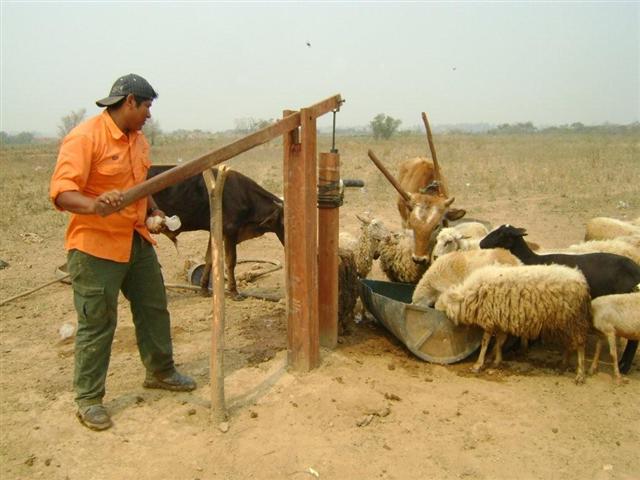 It’s been an interesting couple of weeks. I’ve spent most of this week at Terry’s house, resting my back, which I tweaked again, but thankfully is almost back to normal now. As I’m writing this post, we have 4 well clubs working, with another ready to begin drilling next Tuesday or Wednesday. Speaking of well clubs, here’s the basic structure on how Water For All (WFA) well clubs operate:

1. Someone in a community says they want a well.

2. WFA encourages them to get 9 more people in their community who also want a well, which then forms a “well club.” They elect a president, a treasurer and a “driller,” who becomes the club’s resident expert on this type of well drilling – and who will be the one to actually drill and supervise the last 8 wells to be completed. Actually, everyone in the club gets trained, but the driller becomes the leader of the work. They also determine among themselves the order in which the 10 wells for the club will be drilled. The final thing they do is an actual written request for the wells, signed by each of the club members, essentially co-guaranteeing participation (because it truly requires 10 workers to do the wells) and authorized by a recognized community leader.

3. Each of the 10 families raises $100, unless they’re so desperately poor they can’t – in which case WFA may allow them to raise less and subsidize the balance of the cost. It’s critical though, that they participate in the cost.

4. Once the families in the club have raised all the money, someone from WFA goes to the market with them, never handling their money, instructing them on all the supplies needed for ALL 10 of the wells.

5. The supplies get delivered to the club President’s location and we set up for the first well.

6. Someone from WFA goes to the first well site and begins the process of instructing the club on how THEY will drill their own wells. Then, we show them the entire process for the first and second wells only, working alongside them (which is what I’ll be doing in Africa), teaching and mentoring the technology officer on how to drill in their specific location.

7. We turn them loose to finish ON THEIR OWN, the last 8 wells.

8. We start the process all over again with another new well club!

How amazing is this???

One Reply to “Water For All, International Well Clubs”