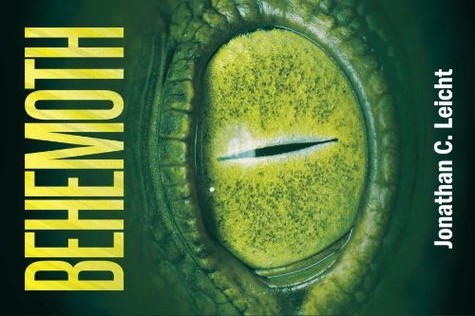 The Title is Behemoth. Jonathan C. Leicht is the author.

It’s Creation vs Evolution. In a famous game preserve in the Great Rift Valley in Kenya, some of the Park’s animals turn up dead – killed in a fashion that doesn’t make sense to Jim, the Park Ranger. The story is Jim’s quest to find the animal that did the killing; at the same time, another group is separately tracking the possibility of surviving dinosaurs as well.

Like Randy Jackson on American Idol might say, “Dude, it was just OK for me.” The main characters seem to preach more than discuss, though the actual information is pretty good. Nonetheless, much of the dialogue felt contrived and the characters don’t seem very well-developed. What made it a even more difficult for me was seeing what appeared to be a Western arrogance, (unintentional I’m sure!) inhabiting and spilling out everywhere in the interactions between characters. I lived in Uganda for 5 months last year and spent time in areas nearby and actually in some of the locations referenced in the book. Maybe it’s just me – but the conversations between the main character and his assistant, a local man from Kenya, just aren’t believable. I felt like I was reading more of an apologetic on creationism than a fictional adventure about the great beast (the Behemoth) that was the focus of the hunt.

I came away feeling like the author needed a story around which to build an apologetic on Creationism; the dialogue and character development seemed to be a necessity to make the apology, but because they weren’t researched and developed well, took away from the story. I might recommend it as a reasonably good primer on Creationism vs. Evolution, but not as a good fiction adventure.

View all my reviews

One Reply to “Book Review: Behemoth by Jonathan Leicht”